Season 6 is in full swing, and for the first time, we want to give you a more detailed look into the most carefree and explosive part of our game – the brawls. We’ll talk about the rules of these weekend activities, and give you some handy tips on approaching each of them. Let’s get to it!

If you're new here, Brawls are fun mini-events with unusual game rules that take place on the weekends.

You should keep in mind, that brawls do not affect your account stats, so you can enjoy the care-free fun without having to worry about maintaining a high K/D ratio and so on.

Another notable feature of all brawls - contracts. You sign them when the brawl’s active, you complete the challenges listed in the contract, you get the rewards that include Battle Coins, Elite Consumables and a unique Insignia for every brawl. Plain and simple.

It’s not mandatory, of course, it’s just a great way to make a profit while having fun - contract rewards are always worth more than the price of a contract. Also, don’t forget that you can get a Season Pass that includes all brawl contracts! Learn more about Season Pass in our handy guide.

In this brawl, your whole team has only 25 lives for the duration of a match. Your objective is to save as many lives as you can while depleting your opponents’ supply of lives.

This mode of play is very much based on your ability to coordinate and play together as a team. Here are a few things you should remember before going into battle.

This one’s all about timing and positioning. You regenerate health when not taking damage, so running around and healing yourself is a valid tactic. Just make sure not to step on someone’s grenade or stop in the enemy’s crosshair!

The fact that eliminations aren’t the main source of points in this mode, makes it a little tricky. Your instincts may tell you sometimes to chase low-health enemies and get those eliminations, but that’s not always the right call.

This classic brawl is a favorite among many gunslingers: it’s tense, fun, fast, and as exciting as they get! Prove your true skills by using different weapon types and methodically eliminating your enemies.

This brawl is dynamic, to say the least! You don’t have a team to play around, you don’t even have the same weapons to fight with. So here’s what we think is the best way to handle the Arms Race.

A truly iconic Guns of Boom pass time, the Big Guns brawl has everything you love: dynamic gameplay, a unique weapon, and as much BOOM as you can handle! The rules are pretty simple: you get a devastating gun that spits grenades whenever you score 2 eliminations in a row.

This brawl features a unique weapon, which you can’t encounter anywhere else in the game, so most of the tips concern it – the Vulcan grenade launcher.

Yet another brawl with very flexible gameplay - the tide of battle can change at any moment! Collect power-ups that make you more efficient, and score points by eliminating the opponents.

Power-ups add a lot of tension to the gameplay and a lot of timing-related tactics. Here’s what you should keep in mind when going into Power Play. 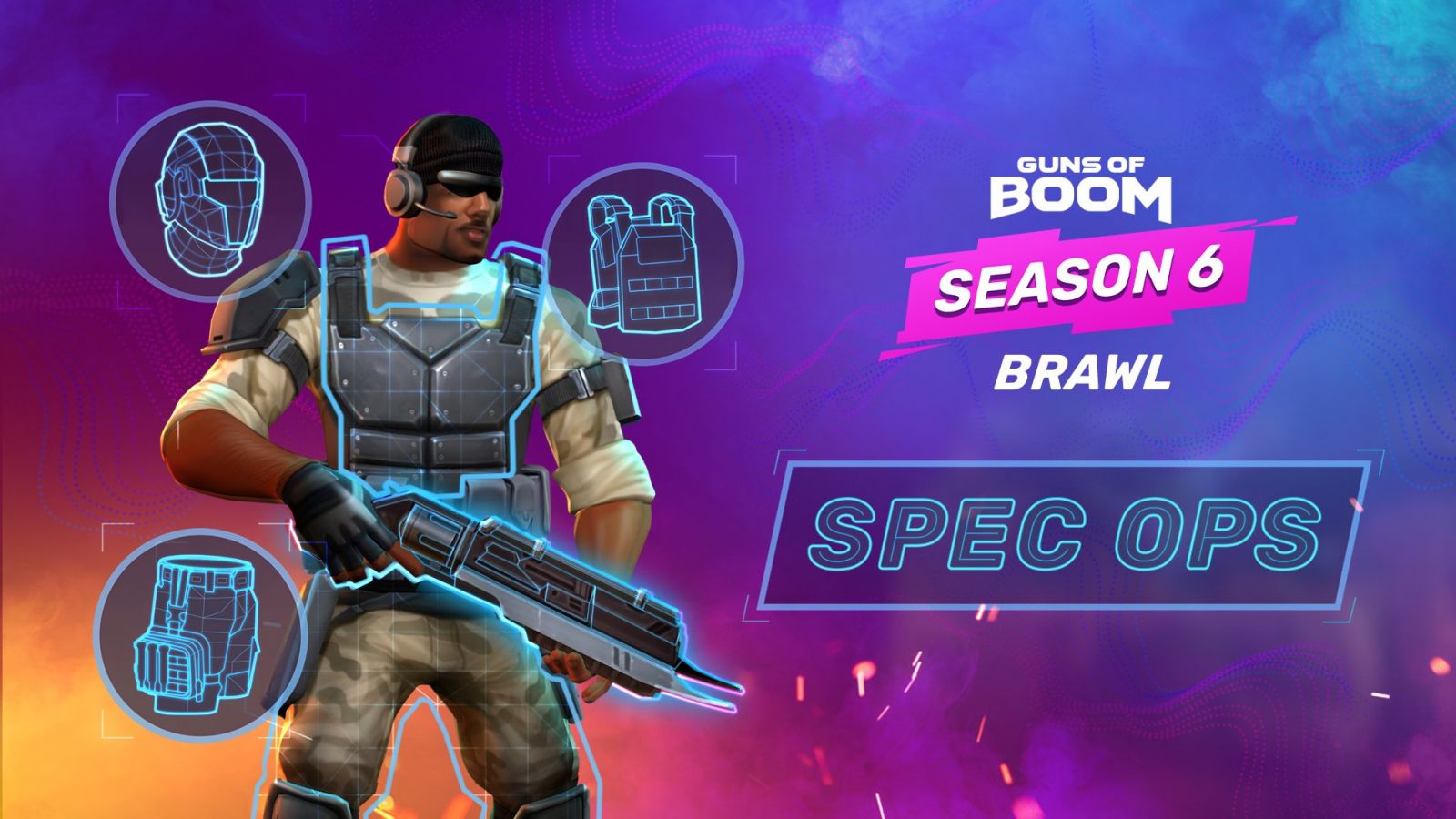 At the start of Season 6, we announced a Mystery Brawl. Long story short, we created the Spec Ops Brawl! There’s already a big guide with all the details and specs, so check it out if you’re hungry for info.

That's it for today! You can always find additional info about the currently active brawl in your in-game mail - we send a message your way every time a weekend brawl kicks off in the game!