So the Gods of Boom ESL ONE Cologne is over. The four best teams clashed in an epic battle for the $80,000, and Impact Gaming went home with $50,000. Proving themselves once again to be an unstoppable force and winning a third live event in a row. Lazarus also showed great game going up through the whole lower bracket and landing the second place with $20,000. It was an amazing tournament full of tension and epic moments.

And now it’s time to check out the numbers and other cool statistics of Gods of Boom ESL ONE Cologne. 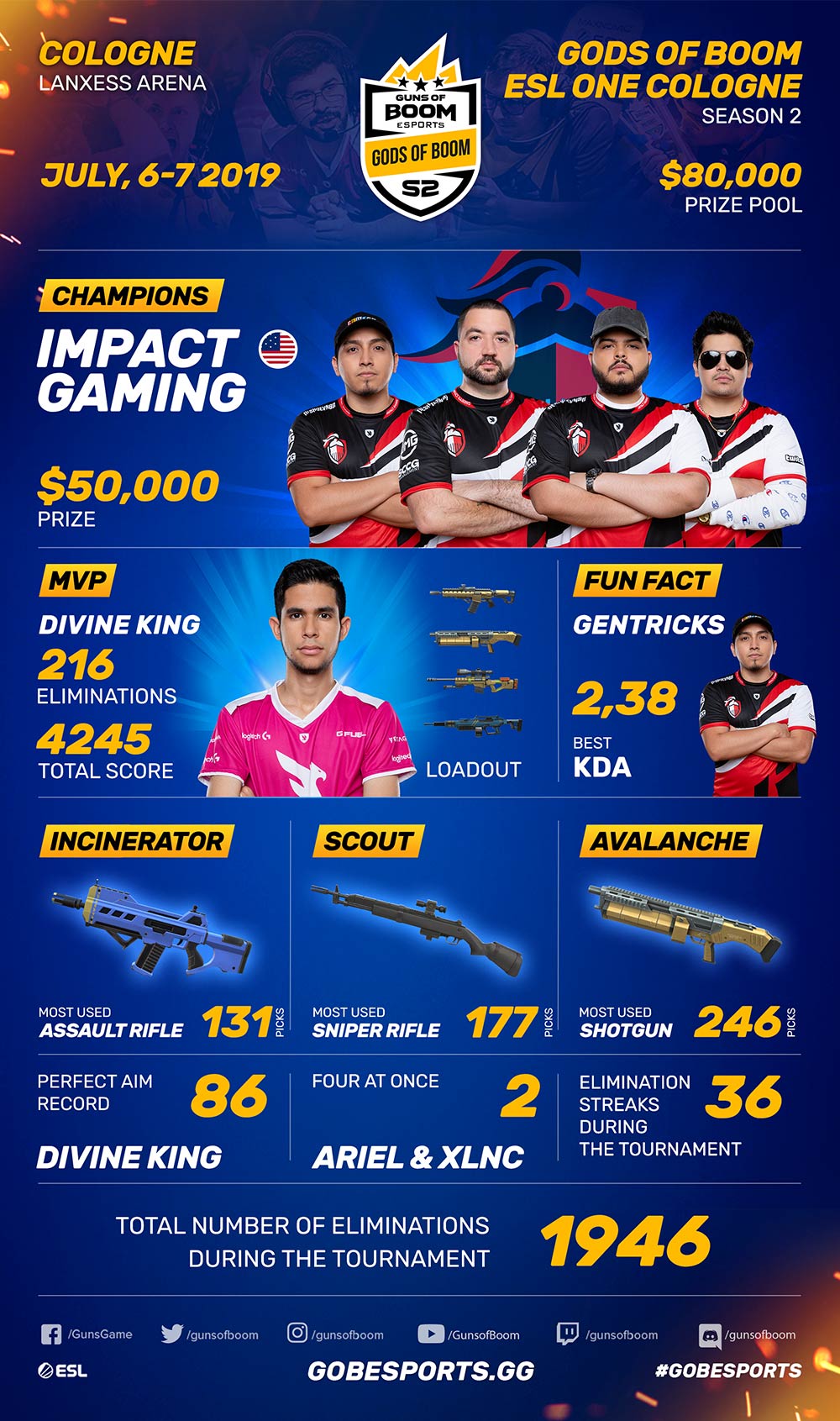 We also have our personal three picks of the best moment to rewatch. We call this “just watch them turn this around”:

Rewatch this epic broadcasts to see everything for yourself.

Tap here to watch the broadcast

Do you have your favorite moments that we didn’t cover? Share them in your twitter with #gobesports.