BACK TO NEWS
The Challengers In Facts And Figures
Esports
Share

Esports Season 2 is over, and teams are having a break now. You can watch epic Season 2 Finals clash again there in case you missed it.

On this occasion, we want to take a look back at this year’s qualifiers and mention the names of teams and players that really stood out during this competition.

More than 300 teams and over 1500 high-level players from 74 countries participated in the games this season. Most of them chose Odin (55% of all picks), Scout (58%) and Avalanche (90%) for their main loadout. The players themselves are attributing the incredible popularity of Avalanche to its high precision and stability, which helps to get consistent results.

The points were captured thousands times. The maximum number of Perfect Aims in one match was 19, and it happened only once. In every match, at least one elimination was completed with a knife.

Four at once, one of the most ambitious achievements, happened only 3 times during the Challengers. The difficulty of this task stems from the need to eliminate the whole opposing team almost at once. Moreover, you have to wait until one of the enemies respawns and then eliminate him as well. This may seem impossible to perform but turned out to be doable for some of our gunslingers.

The index of Perfect Aims we had in this season of the Challengers is astonishing. We're impressed that so many sharpshooters are playing Gods of Boom. At the end of this article, you'll find a more detailed overview of particular players' Perfect Aim stats.

For now, look at these impressive numbers that show the distribution of various achievements between the regions.

Comparison of regions (avg. number of achievements in one match):

It’s important to note, that since the number of matches played in regions was not the same, the score might seem to be not in Europe’s favor. However, contestants from Europe played substantially more games, hence had more relentless competition.

Now let's dive into the nitty-gritty of the teams' results this Challengers season. To show you that there’s no easy way to the top, we’ve compared teams by the average number of earned points in three game modes. 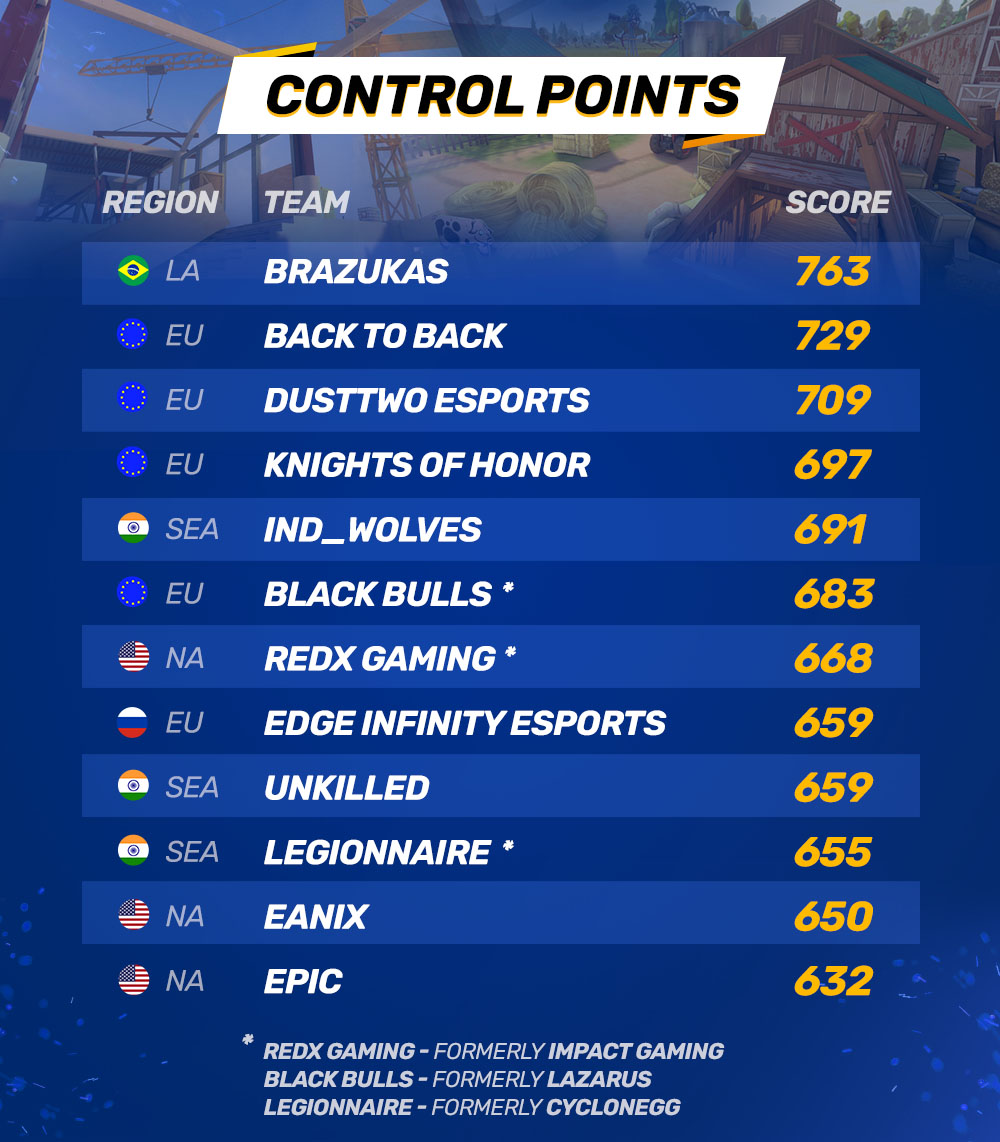 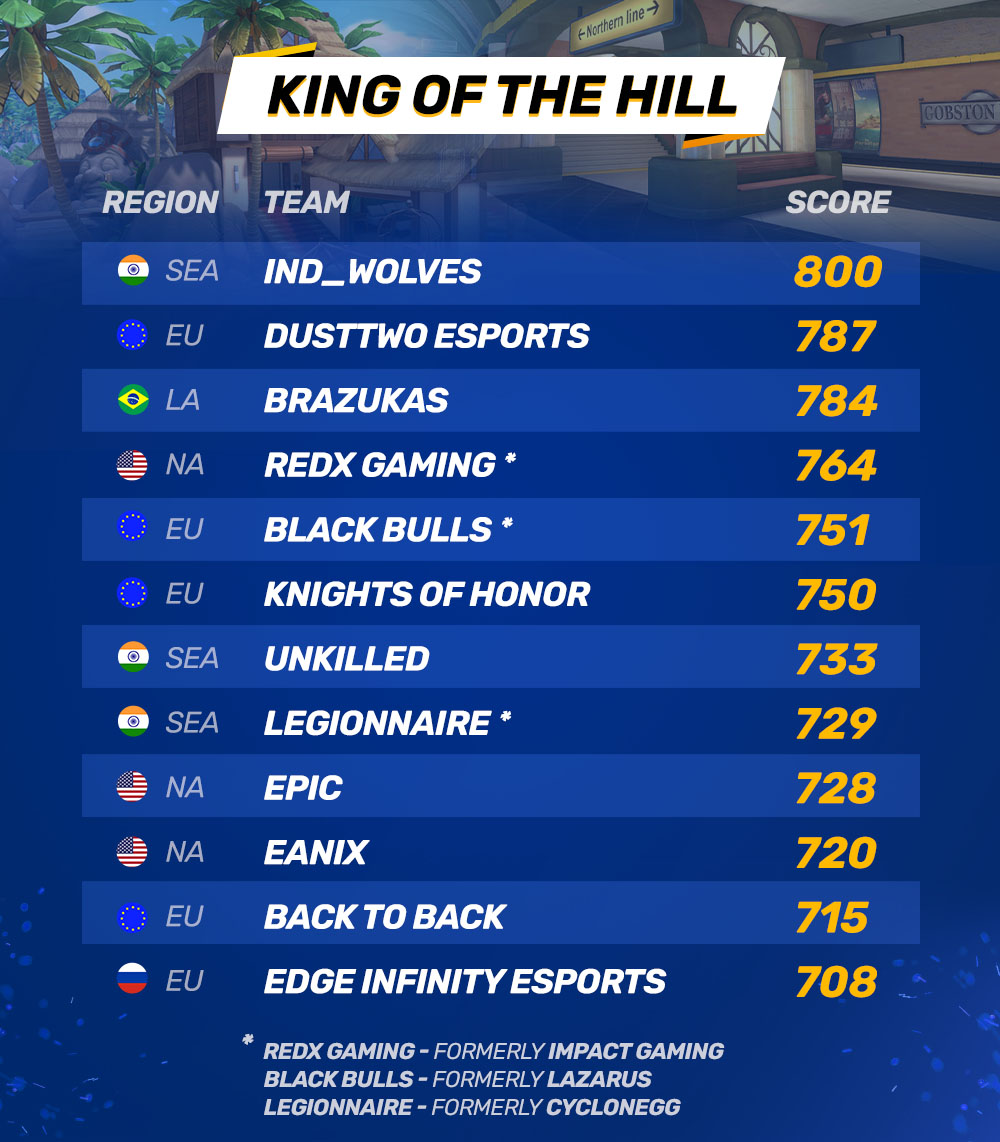 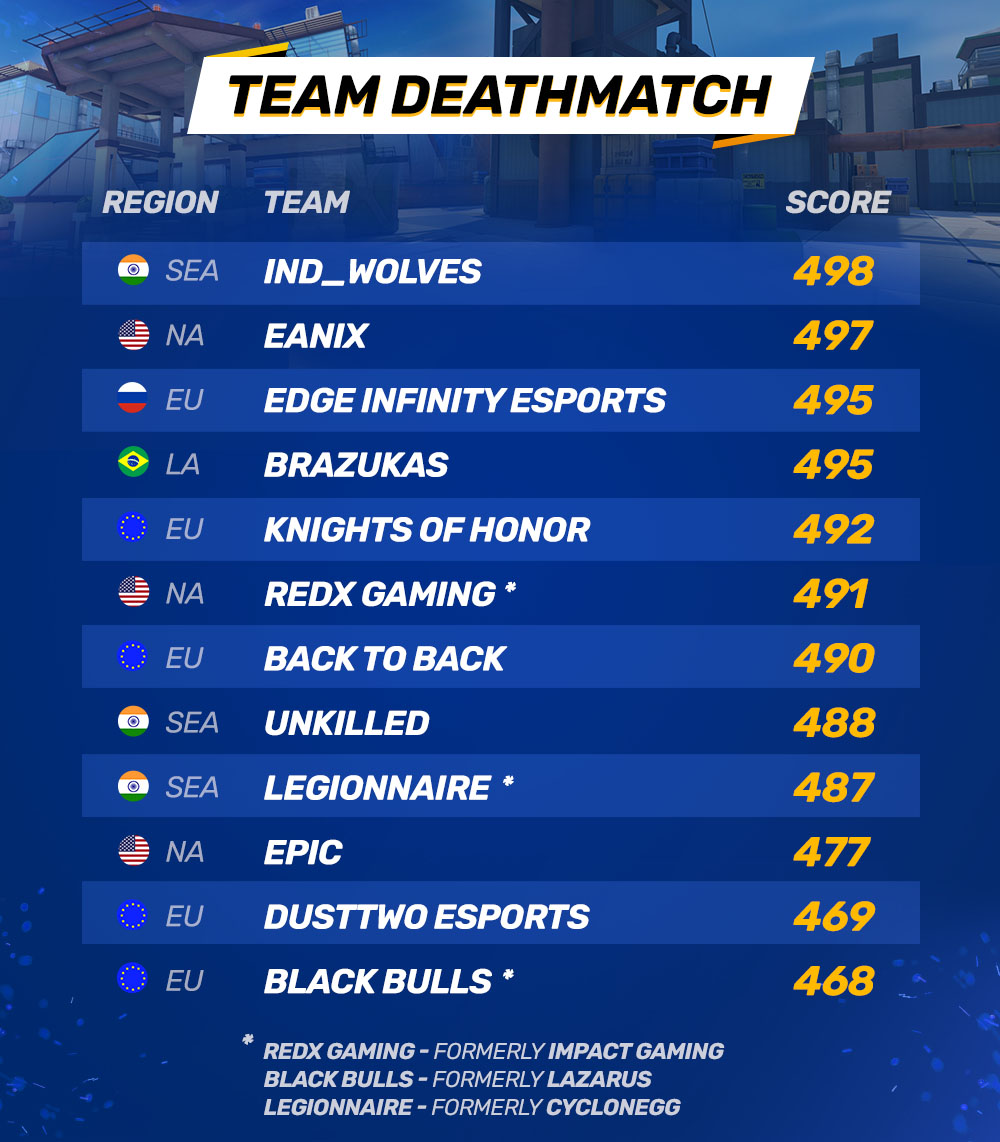 Thus, while Back to Back and Eanix are showing amazing results in Team Deathmatches, they lag behind in Control Points giving way to the players from India, IND_Wolves, who turned out to be unbeatable in the King of The Hill mode as well. However, when it comes to Control Points, the true leaders are the guys from Brazil — BrazuKas! They beat the runners up by a huge margin, getting an incredibly high average score.

Numerous esports superstars were born during the two seasons of Gods of Boom tournaments. We’re always glad to see familiar names in the charts of the best players. Most of them have shown supreme skills in both online and offline events.

See the stats of the most prominent players below. 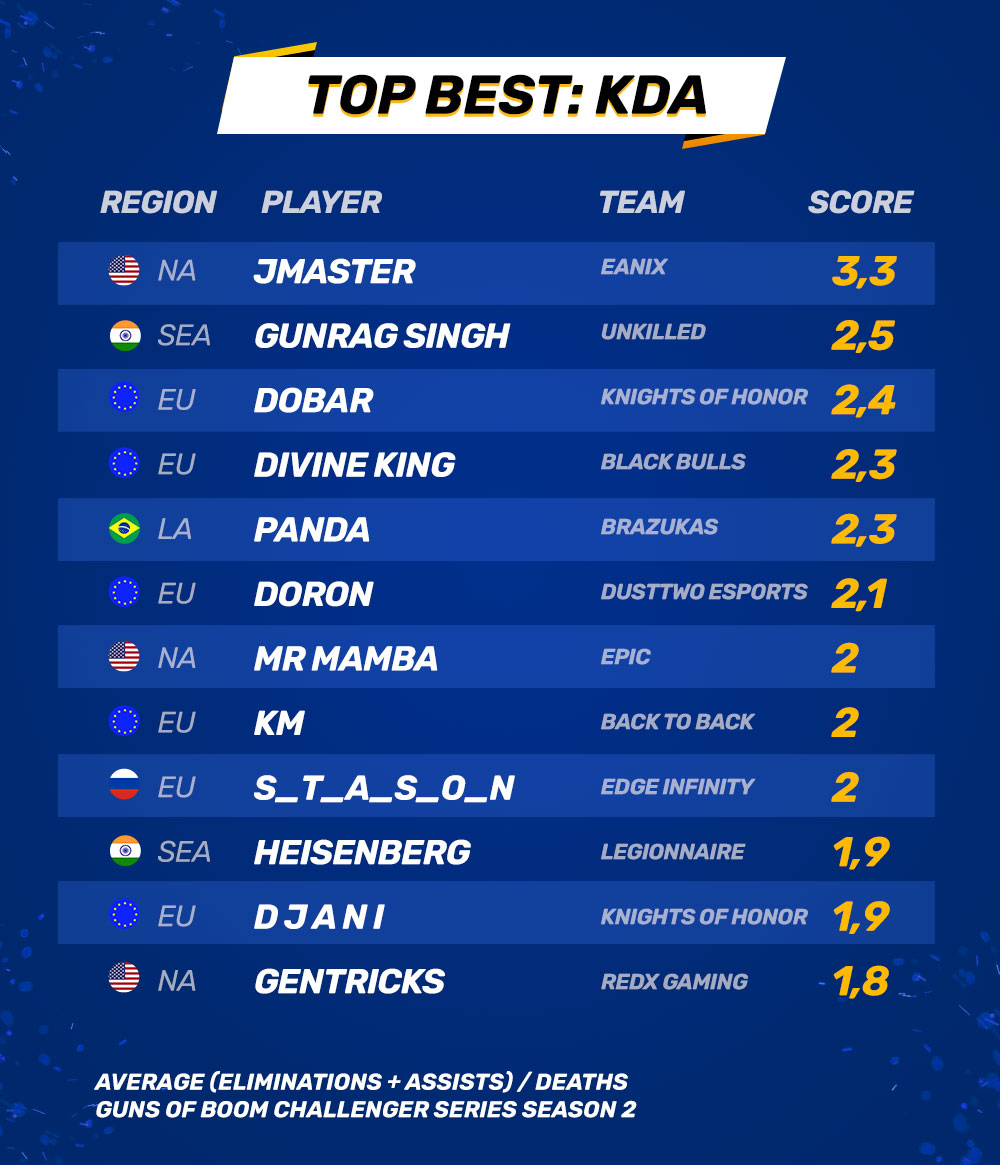 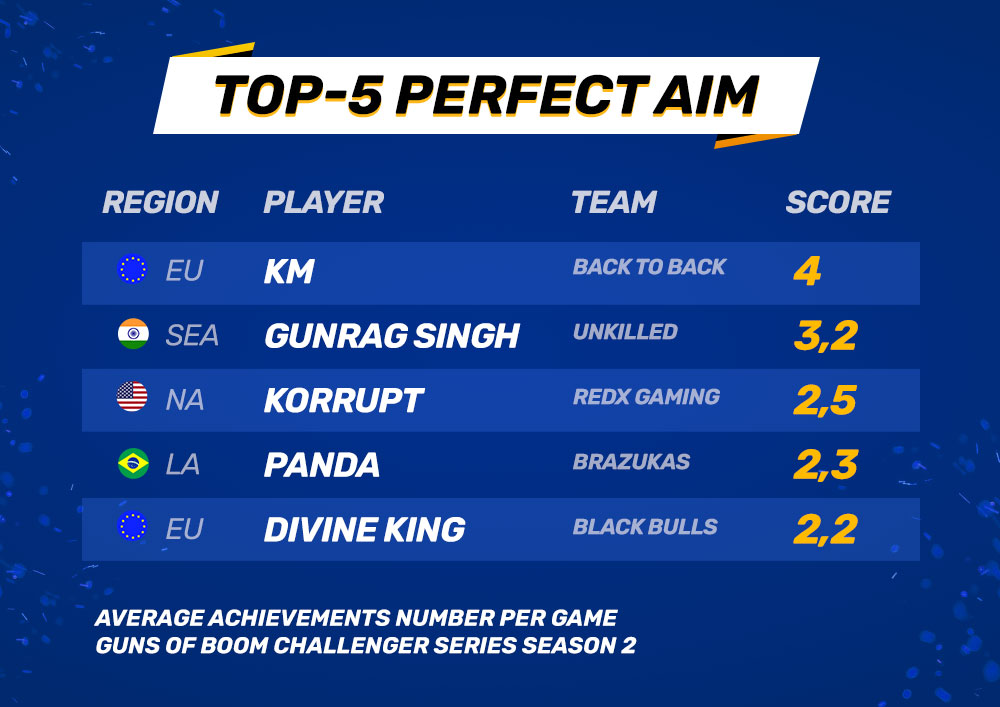 DIVINE KING, the long-range battle prodigy from team Eanix, revealed his secrets and said that the trick to mastering Perfect Aims, is to train a lot in casual game mode with the aim assist off. "I try to aim beside the enemy and then swipe fast to the head," — DIVINE KING states. Read more about this outstanding gamer in his interview here.

Gentricks from RedX also claims that the secret to a Perfect Aim is training a lot in classic matches, with medium to low sensitivity to get a better hold of the controls. We think these guys might be onto something, so be sure to check out their tactics in the next battle.

Players, who scored their teams the most points in a battle, we call MVP’s. Let’s take a look at the stats below, and appreciate the determination and skill of our best gunslingers. 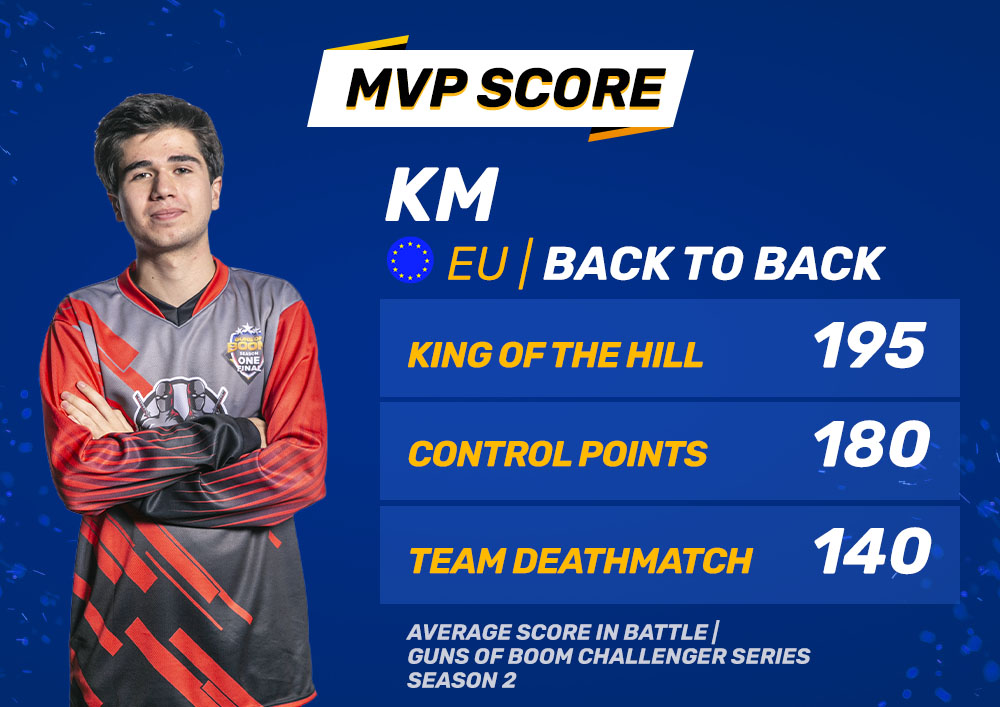 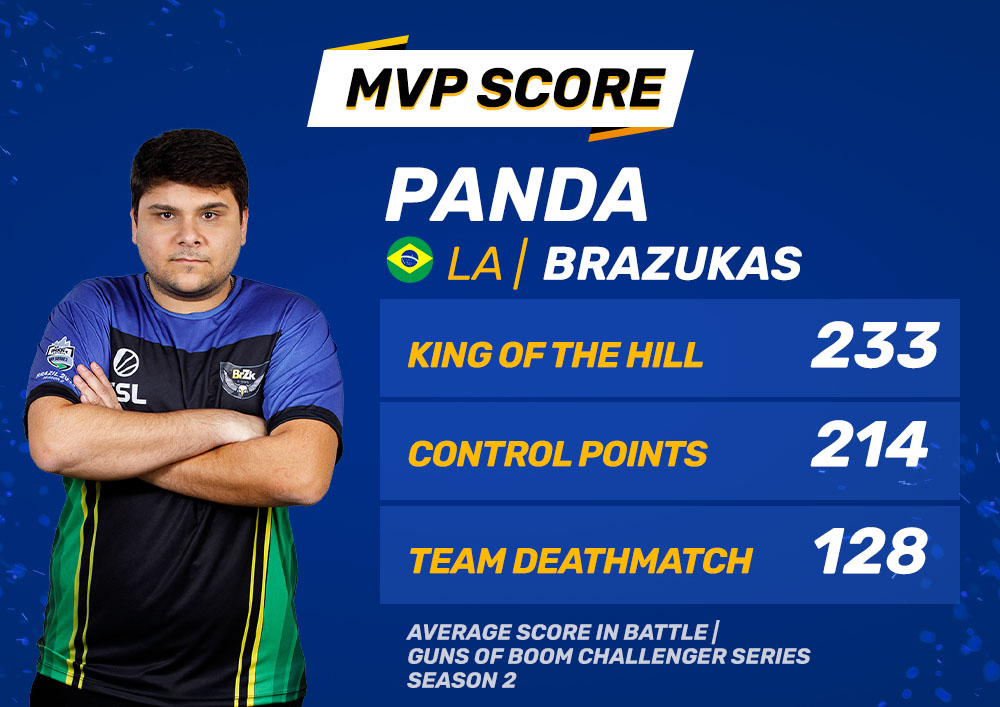 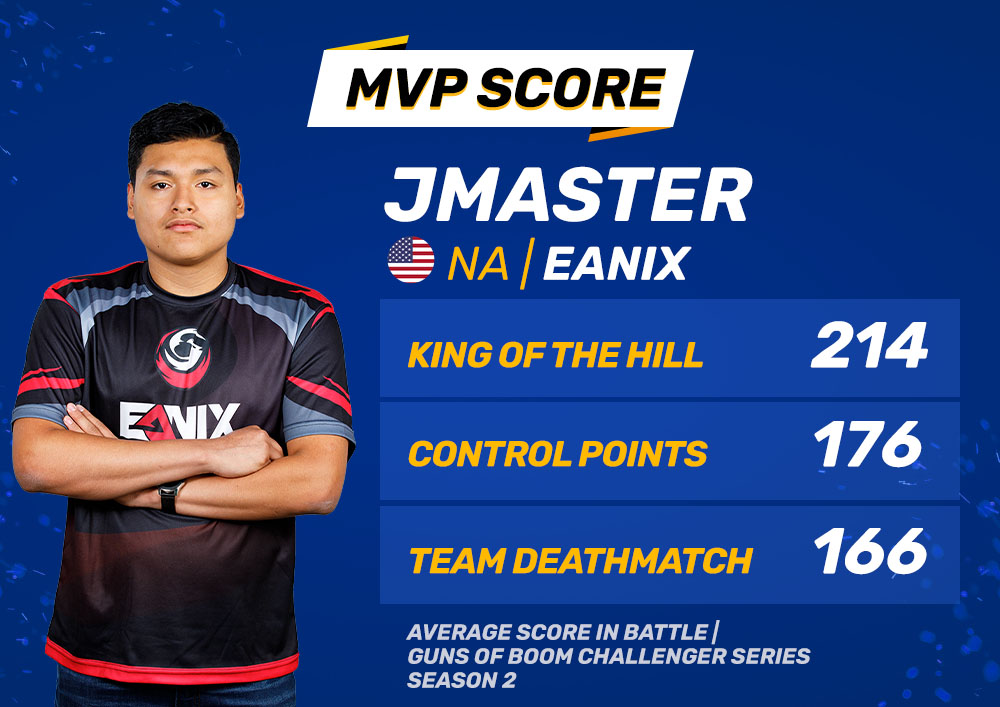 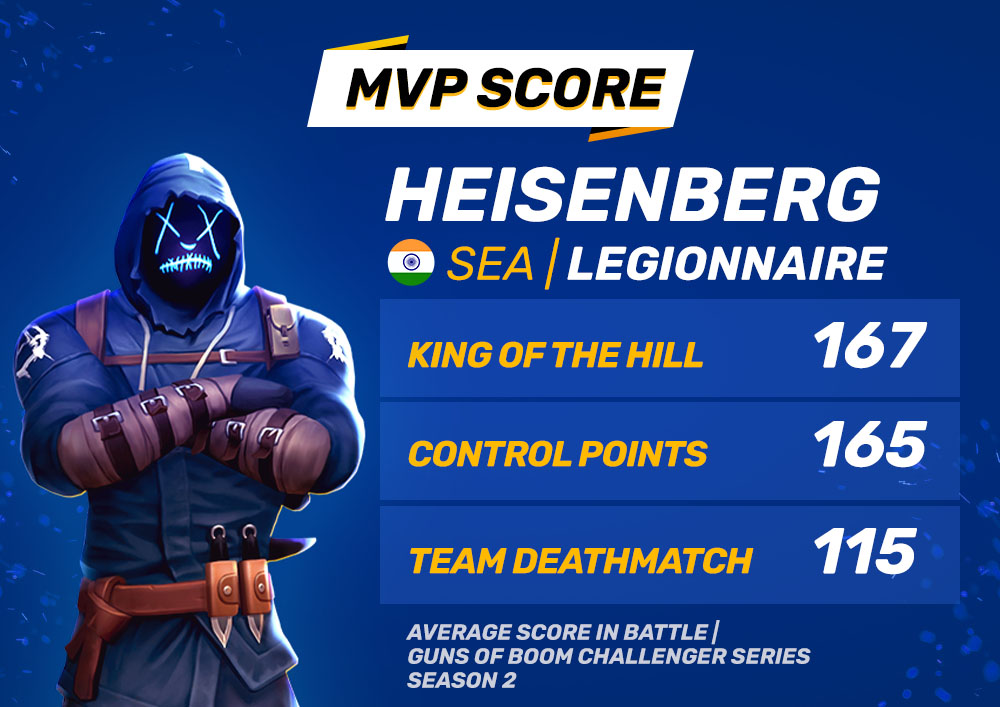 So, there you have it – a full-fledged overview of our strongest contestants and their biggest achievements. Overall, these qualifiers were full of intense battles, unexpected turns, and game-changing moves. The players showed a great sporting attitude and a will to win, and that’s all you need in sport.

It’s been a great ride so far. Until next time!